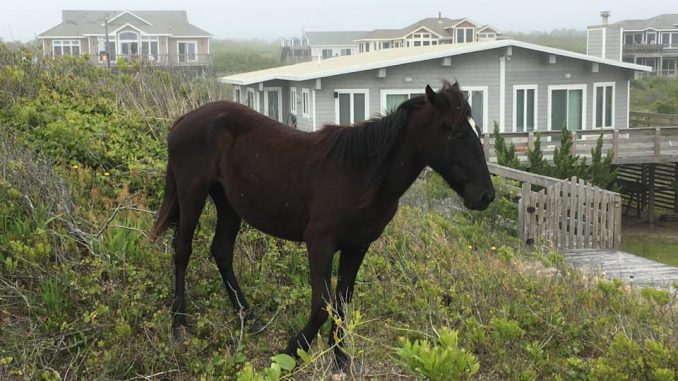 Valor suffered what appeared to be a non-venomous snake bite, but infection set in. [Corolla Wild Horse Fund photo]

The Corolla Wild Horse Fund rescued a young mustang from the beach on the Currituck Outer Banks Sunday after receiving a call that the horse had been standing in the same place, favoring one leg, for more than 24 hours.

After a difficult rescue, Valor — a 2-year-old filly — was brought back to the fund’s rescue farm in Grandy, where it was discovered she’d suffered a snake bit that had become infected. 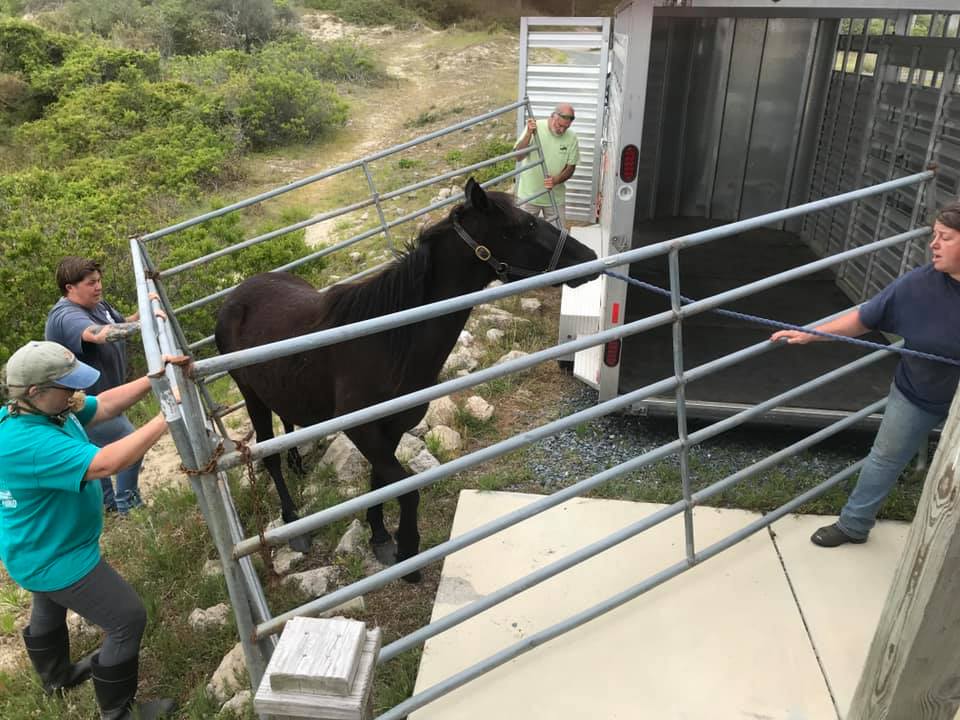 “It was a harrowing journey back and forth, between the weather, the condition of the beach, and the crowds. But we did it, and got Valor safely back to the rescue farm Sunday evening.” [CWHF photo]“It was probably a dry bite (no venom) but the puncture wounds had gotten infected. X-rays showed that there were no breaks or anything else going on in the leg, which was promising,” CWHF herd manager Meg Puckett said in a Facebook post. “However, it would be fatal should the infection spread to the tendon sheath or joint. The wound was cleaned and treated, and she received IV fluids. A catheter was placed so that we could administer IV antibiotics.”

By Monday morning, Valor was putting weight on the leg, eating and drinking normally, and mad that she was locked in a stall.

“All good signs! She continued to stabilize throughout the day on Monday and we found ourselves becoming cautiously optimistic that she might pull through,” Puckett said. “Staff stayed on site through the night to flush her catheter every couple of hours and make sure that she was still doing ok.” 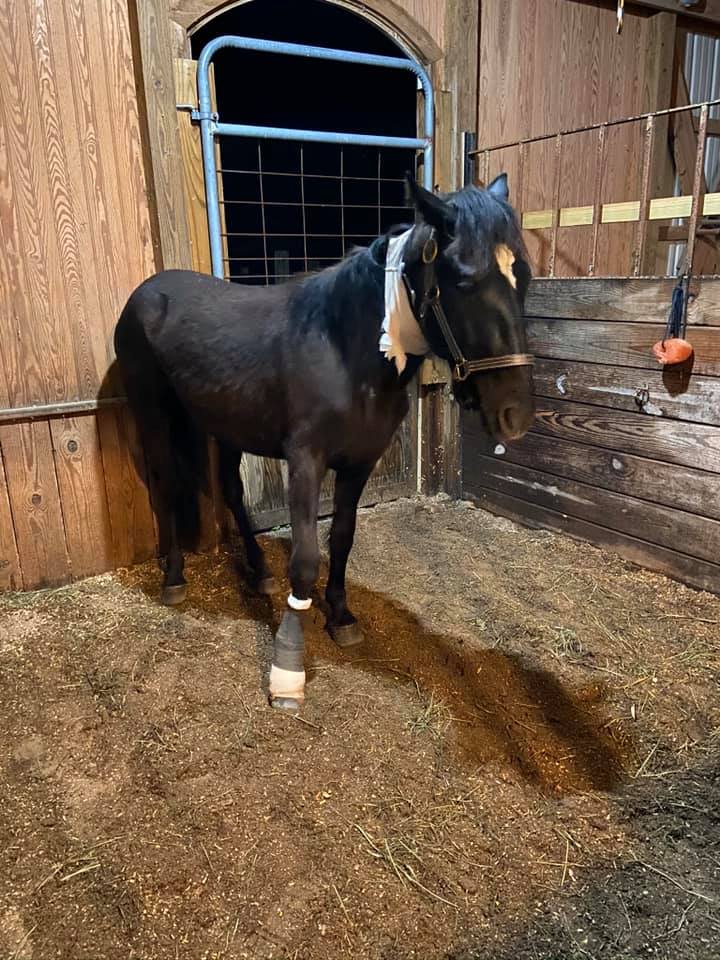 “It was a very long, rough day but everyone jumped in and got the job done. And our gratitude goes out to the residents who called the situation in and kept an eye on Valor until we could arrive on scene.” [CWHF photo]“Valor is not out of the woods but we are becoming more and more optimistic that she is going to make it. She is young and strong, and receiving the best care possible,” Puckett wrote. “We absolutely cannot thank our vet, Dr. April from Coastal Equine Veterinary Service enough. She has gone above and beyond for Valor; we’ve seen more of each other the past three days than we have of our own families. Thanks to our staff and volunteers for their help rescuing her on Sunday.”

Sadly, Valor can’t return to the beach. After only a few days of treatment she is acclimated for humans and being fed, and she has been vaccinated.

“This is not a decision we take lightly and we only remove horses that are critically ill or injured and would not survive in the wild. Removal is a last resort decision,” Puckett said.