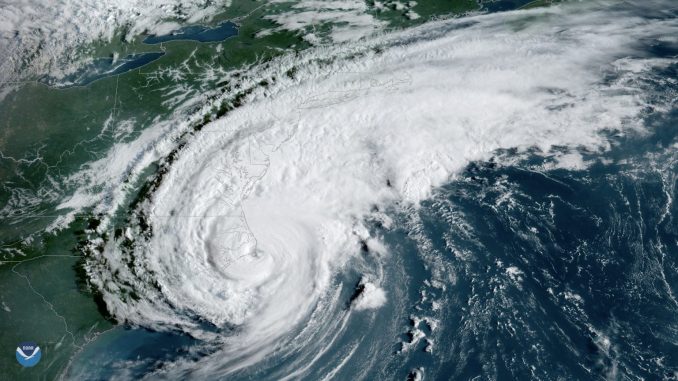 Federal forecasters have joined other scientists in predicting above normal activity during the 2020 Atlantic hurricane season that officially begins on June 1, but got an early start just a few days ago.

“NOAA’s analysis of current and seasonal atmospheric conditions reveals a recipe for an active Atlantic hurricane season this year,” said Neil Jacobs, Ph.D., acting NOAA administrator. “Our skilled forecasters, coupled with upgrades to our computer models and observing technologies, will provide accurate and timely forecasts to protect life and property.” 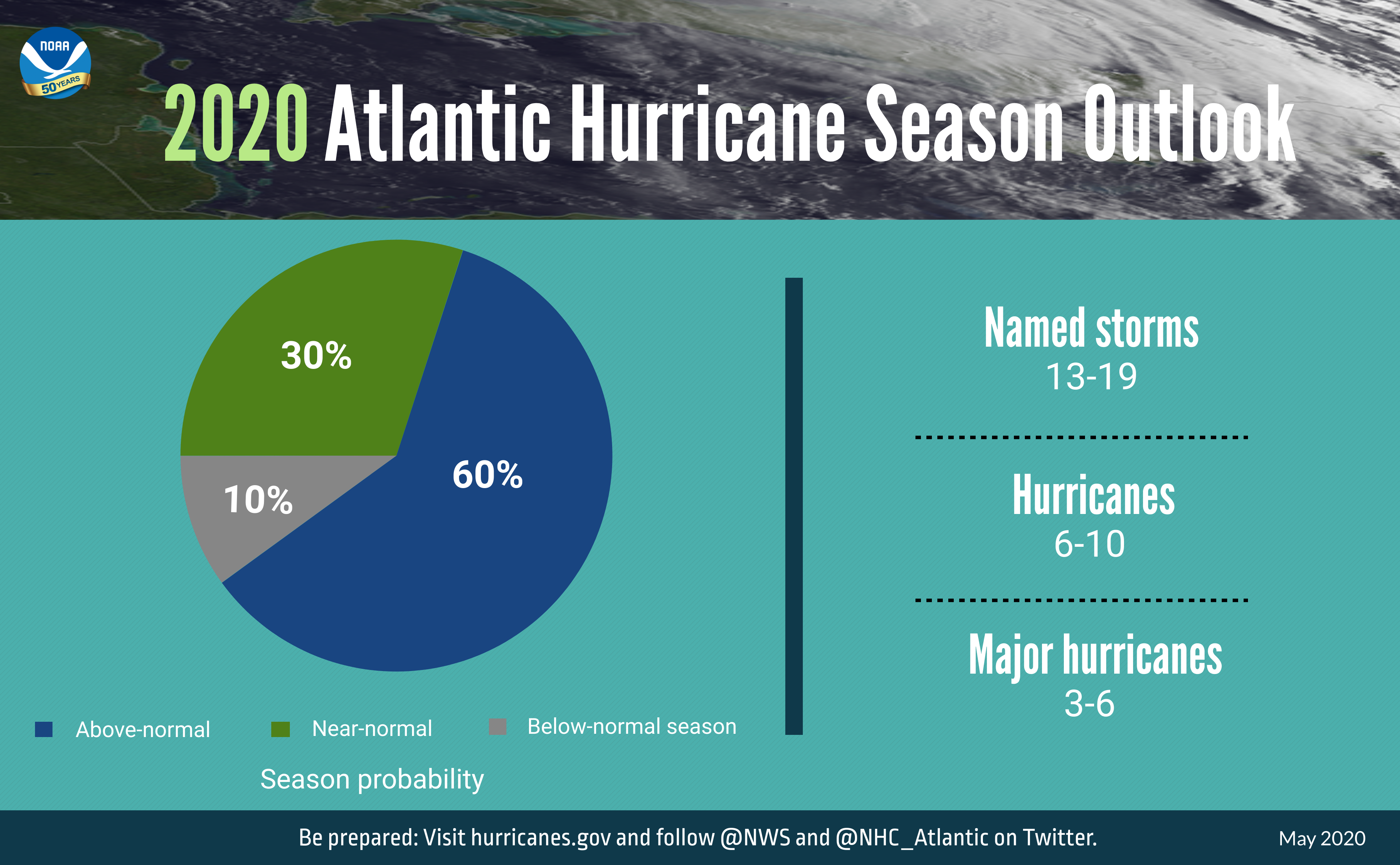 Forecasters at N.C. State University are also calling for a busy 2020 hurricane season, predicting 18 to 22 named storms, 8 to 11 that become hurricanes and 3 to 5 major hurricanes.

For the sixth straight year, a named tropical system formed in the Atlantic basin ahead of the start date of the season as Tropical Storm Arthur grazed the Outer Banks this past Sunday and Monday. 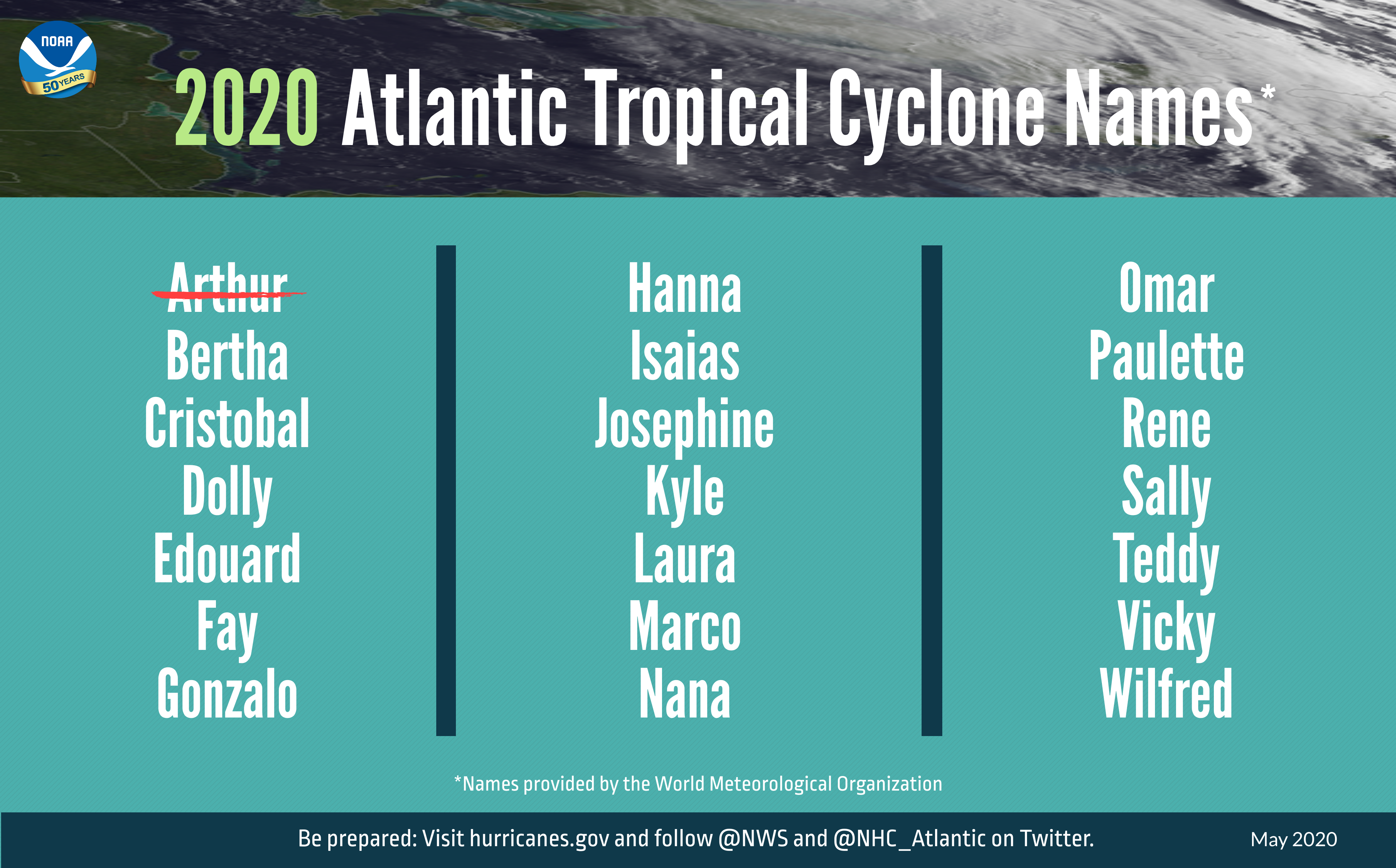 The combination of several climate factors is driving the strong likelihood for above-normal activity in the Atlantic this year was cited by NOAA for the basis of their forecast.

El Nino Southern Oscillation conditions are expected to either remain neutral or to trend toward La Nina, meaning there will not be an El Nino present to suppress hurricane activity.

Similar conditions have been producing more active seasons since the current high-activity era began in 1995.

NOAA’s outlook is for overall seasonal activity and is not a landfall forecast. The Climate Prediction Center will update the 2020 Atlantic seasonal outlook in August prior to the historical peak of the season.

The agency also announced Thursday they are launching new upgrades to products and tools that will further improve critical services during the hurricane season.

That include an upgrade of the hurricane-specific Hurricane Weather Research and Forecast system (HWRF) and the Hurricanes in a Multi-scale Ocean coupled Non-hydrostatic model (HMON) models this summer.

HWRF will incorporate new data from satellites and radar from NOAA’s coastal Doppler data network to help produce better forecasts of hurricane track and intensity during the critical watch and warning time frame. HMON will undergo enhancements to include higher resolution, improved physics, and coupling with ocean models.

As the hurricane season gets underway, NOAA will begin feeding data from the COSMIC-2 satellites into weather models to help track hurricane intensity and boost forecast accuracy. COSMIC-2 provides data about air temperature, pressure and humidity in the tropical regions of Earth — precisely where hurricane and tropical storm systems form.

Also during the 2020 hurricane season, NOAA and the U.S. Navy will deploy a fleet of autonomous diving hurricane gliders to observe conditions in the tropical Atlantic Ocean and Caribbean Sea in areas where hurricanes have historically traveled and intensified.