The 2.4 mile-long Jug Handle Bridge is 75% complete as of June 3, with a projected opening date of late 2021 or early 2022, per an update from the North Carolina Department of Transportation’s (NCDOT) resident engineer for the project, Pablo Hernandez.

Hernandez stated that weather and the upcoming hurricane season could alter the estimated completion date, and that once the bridge is officially open, work will begin on both removing the 2.8-mile section of N.C. Highway 12 that the bridge will bypass, and reinstating a public parking lot on the northern edge of the project.

“Without knowing what the weather impacts are going to be, right now we are still projecting late 2021 or early 2022 for the opening of the new structure,” said Hernandez at the June 3 update meeting. “At that time, we will start removing N.C. Highway 12. [There is also a] daytime use parking area that is currently being used as a staging area at the north end of the project. That would also become available to the public.”

Hernandez noted that the timing of the contractor responsible for the paving and curbing of the roundabout and roadway approach to the bridge also played a part in the completion date. This phase of the project was expected to continue in the off-season months, however, the mild weather across the state has kept the contractor focused on other projects.

“The roadway contractor is still dealing with backlog work and other work elsewhere in northeast North Carolina, so at this time, it has not been determined when they will resume that work [at the Jug Handle Bridge],” said Hernandez. “Most likely, it will be in the late fall or possibly early winter… I don’t see that roadway work beginning in the summer, mainly because of high traffic volumes and [guidelines regarding] daytime lane closures.” 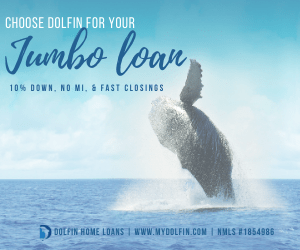 Early morning concrete placements will likely resume in mid-June, with deck pours starting at 2 or 3 in the morning to avoid the daytime heat. “We have about 20 pours to go, so hopefully we can get those pours [done] with minimum disturbance to the community,” said Hernandez.

Crews continue to have challenges at the northern end of the bridge, which has not progressed as quickly as the southern end due to the geology of the area. Several different techniques have been explored over the past few months to ease the piling installation difficulties, such as using a 36” diameter auger to loosen the soil during the pile installation.

“Unfortunately, this has been [an issue] for more than a year now,” said Hernandez. “[But] the current technique to help ease the pile installation… has shown positive results.”

“The two ends are coming much more into view, and what that equates to is that they are around a half a mile apart from each other… Based on how things have been going, we anticipate pile driving could be complete by early September. That is a date that has some potential movement in it, as we are going into hurricane season, and we could also have a stormy [summer] with rain showers, which also hinders our ability to do work.”

Phase 1 of Cape Hatteras Electric Cooperative’s (CHEC’s) transmission line relocation is also underway, and includes installing riser poles along the structure, and underground digging on the north end of the project, which is expected to occur in June. Per the project update, the corresponding CHEC work to move the power lines to the new bridge is roughly 75% complete.

Once complete, the Jug Handle Bridge will connect the southern portion of the Pea Island National Wildlife Refuge to northern Rodanthe, bypassing the S-Turns section of N.C. Highway 12, which is highly susceptible to breaches and ocean overwash during storms.

Updates on the status of the Jug Handle Bridge, as well as planned construction activities in the coming month, are available online at https://www.ncdot.gov/projects/nc-12-rodanthe/Pages/planned-construction.aspx.

In addition, more information on the bridge project, which includes project history, maps, documents, and videos, can be found at https://www.ncdot.gov/projects/nc-12-rodanthe/Pages/default.aspx.