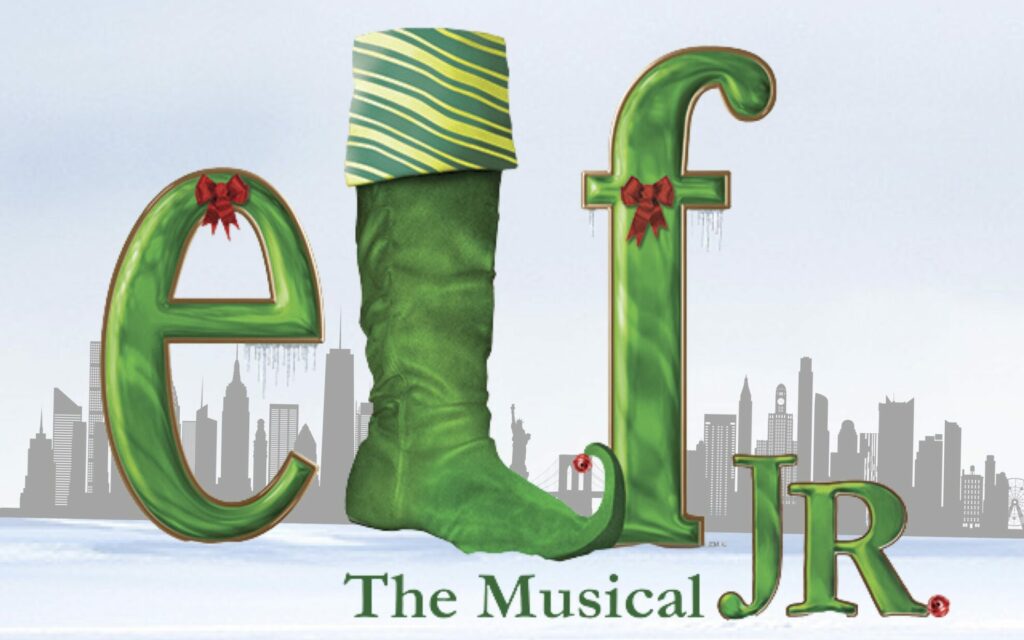 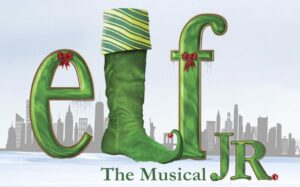 “Elf The Musical Jr. is a quintessential holiday musical that will leave you feeling warm and fuzzy” says director and choreographer, Blake Taft. “From the first rehearsal these students never ceased to amaze me with their creativity, dedication and stage presence. I think the community of Hatteras Island will be amazed with what they have created, despite not having produced a musical since 2018” he adds.

The Musical tells the story of a young orphan who mistakenly crawls into Santa’s bag of gifts and is transported to the North Pole. The would-be elf is given the name Buddy and raised by elves in the North Pole. Buddy lives happily unaware that he is a human until his enormous size and poor toy-making abilities cause him to face the truth. With Santa’s permission, Buddy embarks on a journey to New York City to find his birth father and discover his true identity. Faced with the harsh reality that his father is on the naughty list, and his stepbrother doesn’t even believe in Santa, Buddy is determined to win over his new family and help New York remember the true meaning of the holidays. 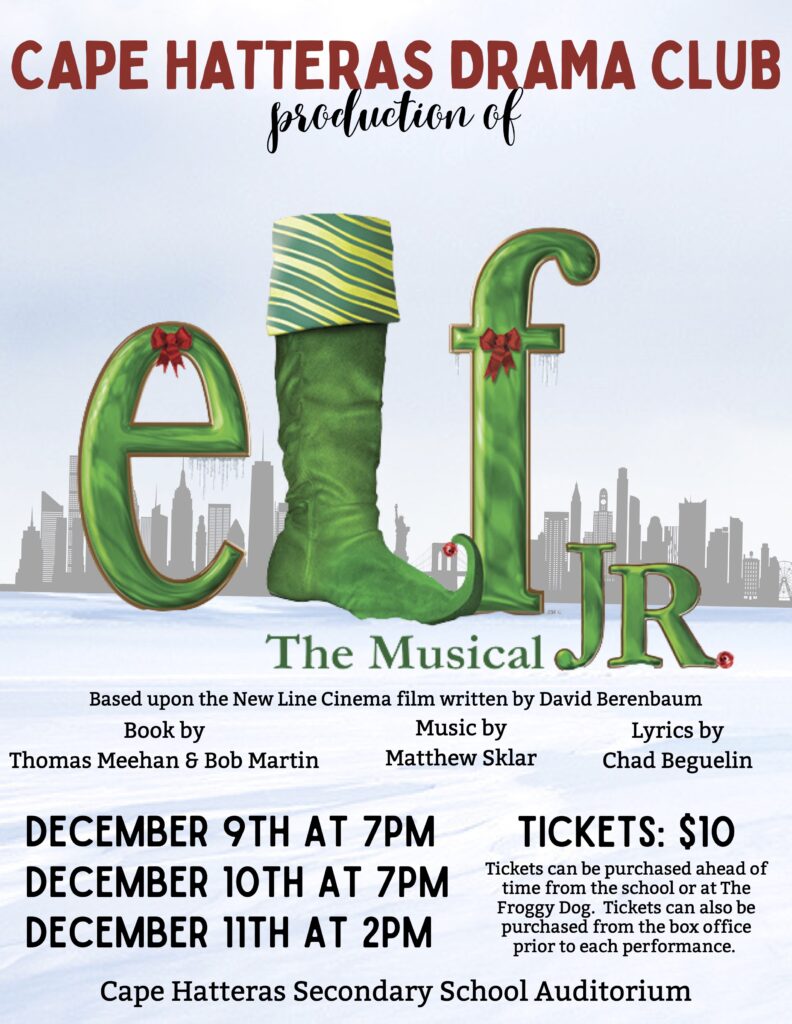